With thousands of English expats living in this part of France, I’ve often thought that it would be a good idea to set up a chippy. So it was both pleasing and galling to see one yesterday as I drove through Confolens. I stopped the car and gazed blankly at it like I was a young boy watching the school bully take all the glory in a conker tournament with my prize-winning conker. That should be me I thought.

Its name was lazy though. The Chip Shop. As though the owners had put the words Chip, Shop and The into a hat in order to come up with a name. Either that or they wanted to avoid any possible confusion as to their culinary intentions. Despite a large FISH & CHIPS in the shape of a fish hand painted onto the front window.

To be fair though the shop did look the part and could have been lifted by a giant crane from Barnsley and onto a barge for France. Blue mosaic tiles, pickled eggs, HP, Pukka pies, wooden forks, barrels of dripping, mushy peas, sacks of spuds, vase of plastic flowers, filthy salt and vinegar shakers. It looked great and I was hungry. Only it was closed. Everything here is closed in winter.

But that’s a side story to the main event. The reason I was thinking about chippies was that I’d been scanning the AngloInfo site for a new computer, having thrown mine across the room after seeing the Leeds Utd score last weekend (Sheffield Wed 6 – Leeds Utd 0). And it dawned on me that there’s a whole network of expats out here bypassing the French way of life. Lines of communication and commerce running from one English household to the next without the slightest thought that they are actually living in a foreign country. A whole sub-species cocooned in a wine-soaked SkyDigiBox paradise, cut off from the rest of the world by arrogance and alcoholism.

So I was driving through Confolens on my way to pick up a computer from a guy called Roy who was selling his daughter’s on the grounds that she needed a quicker machine for school. He must have heard that story every year, but still caved in at the slightest hint of teenage angst, leaving old Oggers here to pick up the pieces and a shiny new laptop for a mere forty Euros. A bargain. Not that Roy would know, given the brandy blowtorch breath he flambéed me with when I walked through his door. His iPhone plugged-in daughter probably watching the transaction from a hole in the wall with a mischievous grin plastered over her patisserie encrusted face planning her next money fleecing move. ‘Daddy, I need forty euros for a new brain. Mine’s expired.’

Driving back I fancied fish and chips. But do they travel, I asked myself? I’d had a pint of Youngs Bitter supposedly from the cask a few months ago and it was like drinking glue. The fish and chips would be alright I was sure – if it was open. But where would I eat them if it was? In the car. On a park bench in one of the dreariest towns in Western Europe. Munching on soggy chips and underfried fish in freezing rain when I could be at home preparing Odessan Goulash in the warmth. Perhaps the lure of fast-food diminishes with age, even fish and chips.

I got back home and realised I’d forgotten to stop off at the butcher in L’Isle Jourdain. We were Goulashless. But luckily I remembered that there were some fish in the freezer and some spuds in the cupboard. I don’t need to tell you the rest. Except, yes, they do travel. Formidable in any language. 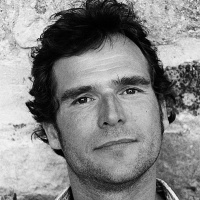 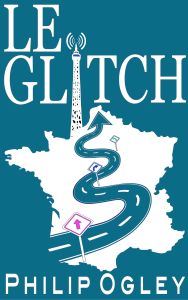