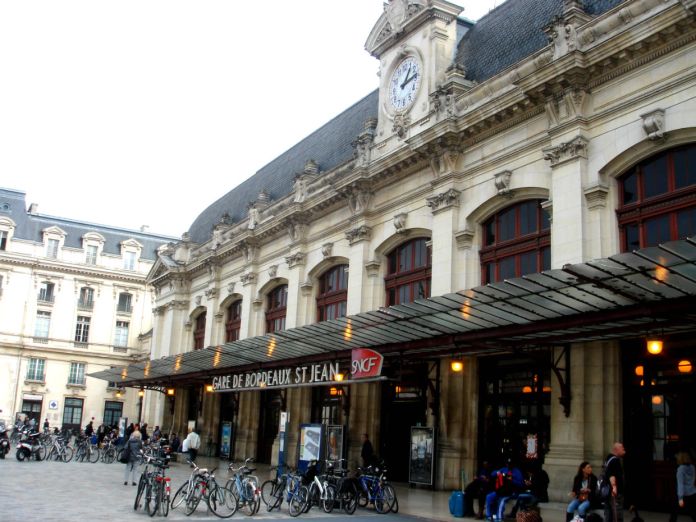 Bordeaux’s main train station built in 1898 at the south end of the city symbolizes how opulent and exciting rail travel once was. The old arrival and departure halls alone are as big and as grand as any art gallery or museum I’ve seen. A full scale exhibition of Dutch Masters or T-Rex skeletons wouldn’t look out of place in the slightest.

In the evenings I often go down there to admire the architecture and twenty metre neoclassical colonnades of the main halls. The marbled floors, wood panelled ticket halls, old fashioned patisseries, newspaper stands, silver service restaurants, rustic waiting rooms make me feel like I’m walking back in time. To a time when taking a train to Paris was as luxurious as taking Concorde.

Of course some clown had to build a MacDonalds there as well, didn’t they? But if you avert your eyes away from the ever present Golden Arches, you could be in 1901 waiting for the overnight Pullman service to Paris complete with on-board five course dinner with cigars and port to follow.

That’s what I was thinking yesterday evening as I perused the timetable looking for my imaginary train to Paris Montparnasse when a guy drinking a can of Amsterdam 11% beer charged into me asking for une pièce.

‘Guards! Arrest this man immediately,’ I shouted out.

The man looked at me aghast. ‘ Sorry dude,’ he replied. ‘I was only asking for 50 cents to help me with my train fare to Derby.’ (It sounded like Derby).

‘Sorry, old sport,’ I apologised. ‘Daydreaming. In the last century. You know before the war and all that.’

He backed away and looked at his can of beer. ‘You been drinking this as well?’ he asked.

‘I haven’t,’ I confirmed. ‘But just for the record. One night I’m going to get drunk on that stuff. Just to see what it feels like so I can empathise a bit more with people who do.’

I then quickly exited leaving him looking into his beer and muttering, ‘Weirdo.’

Maybe it’s not everybody’s bag. ‘It’s just a train station you might say.’ And it is. But if you’re in Bordeaux I highly recommended it. Just for the mural of the old train routes on the wall. 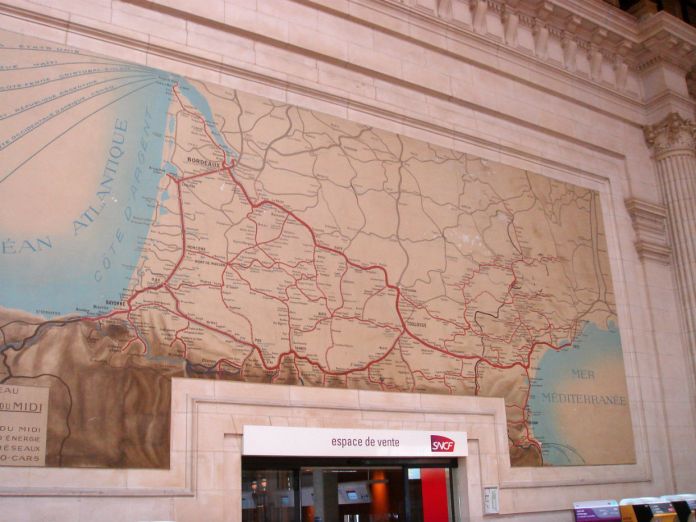