I’m currently living in an échoppe. For those not versed in French architecture or who have never been to Bordeaux. It’s a bungalow.

Albeit a solid stone bungalow and not the ones I once saw in Torquay constructed from cereal boxes. These impressive one storey abodes are built from thick blocks of limestone and are as sturdy as the Nazi U-Boat bunker I mentioned in my last post.

The word échoppe first appeared in the fifteenth century from the Occitan choppa meaning shop or workshop. And for much of the sixteenth and seventeenth centuries they were used as such. However by the eighteenth century they were almost solely used as homes for workers and artisans. And later the middle classes.

The Bordelaise échoppes are an intrinsic part of the city’s identity and current estimates put the number at 11,000. From the front they look like pokey little cubbyholes for hobbits or dwarves, but once inside there’s a surprising amount of room being generally three times as long as they are wide. Plus they all have a garden and a barbeque to grill sardines on, which seems to be the tradition where I live.  Of an evening it smells like a Portuguese beach.

The échoppes are the equivalent of the English redbrick terrace house. And seeing as Bordeaux was ruled by the English for three hundred years, it’s no wonder these houses became so popular. The Bordelaise, like the English, preferring to live in small quaint houses rather than large buildings all sliced up into minuscule flats.

Bordeaux is sometimes referred to as Une Ville de Maisons and is one of the reasons why the city is so big geographically in comparison to a city of similar population. It sprawls in other words. The other reason is the soft subsoil of the Garonne/Dordogne river basin that makes the construction of tall buildings physically impossible. Think of the problems the city of Pisa has had with its tower.

It’s why Bordeaux feels so friendly. Its low level aspect allows the sunlight to penetrate the city more deeply than it does in Lyon, for example, where the tall buildings give many of the streets an eerie, lonely feel. Here in Bordeaux, the échoppes let the light pour in illuminating the soft yellow stone and giving the whole city a real welcoming glow.

Of course, not everybody lives in them – there’s not enough. And naturally there are a lot of flats, this is a big city, but the échoppes still cover a large area. The majority found in the south western part of the city. Le Sacré Coeur, Nansouty and Saint Augustin the most notable.

So if you ever get a chance to visit them, I highly recommend it. 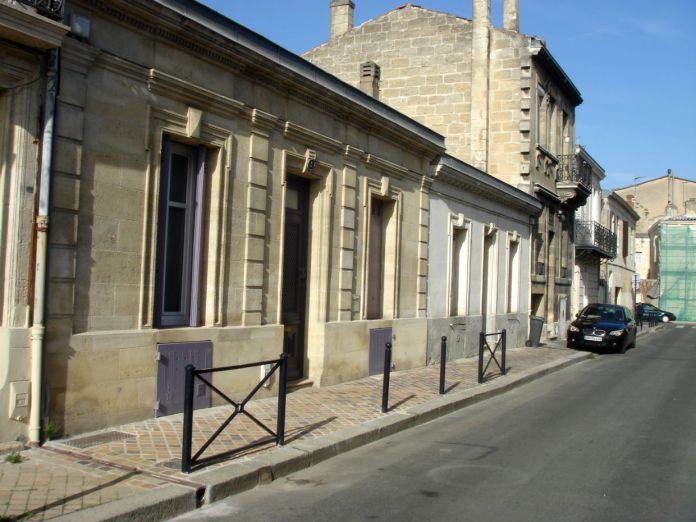 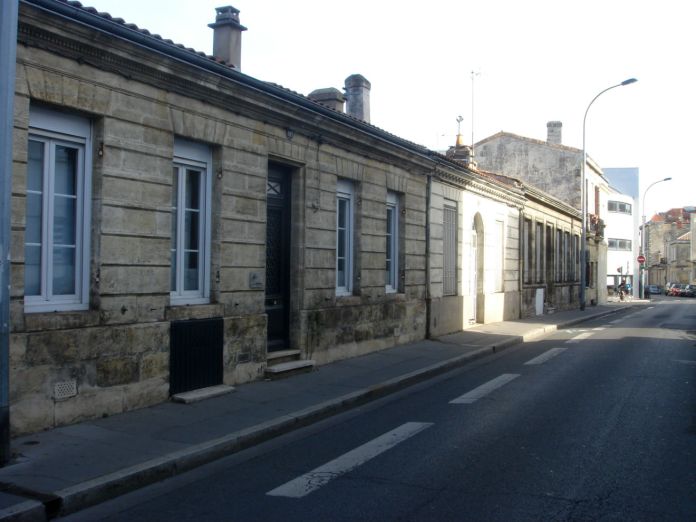 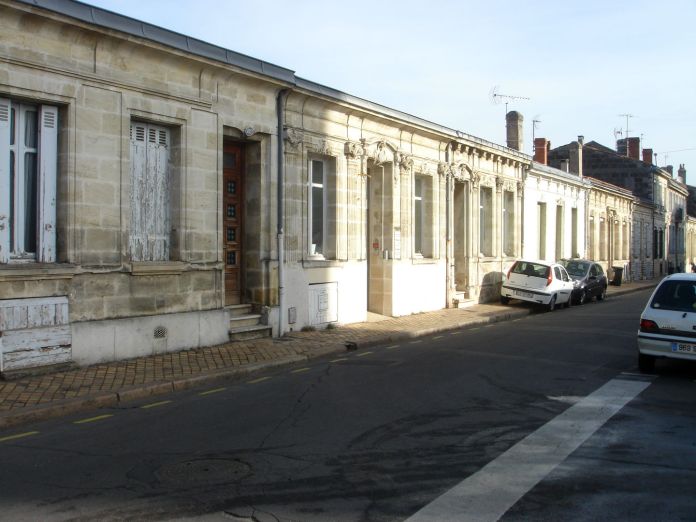