I was once told by a friend that beetroot makes your pee go pink. ‘Of course, it doesn’t,’ I replied. ‘I’ve been eating beetroots all my life and never once had pink pee. You must be ill.’

Turns out he wasn’t ill, just low acid stomach levels. But that’s totally unrelated to what I want to say. What I want to say is that the man at the Caussade Monday Market who sells me beetroots, is also one of the guys I cycle with every Sunday morning. And I didn’t even know it.

It was only this Sunday, as we passed through the village of Monclar-de-Quercy, that I realised who he was.

‘Oh fuck, it’s you,’ I cried out, nearly cycling into one of the four-foot deep drainage ditches at the side of the road. ‘The beetroot guy!’

‘Ah, oui,’ he exclaimed. ‘L’Anglais, the one who’s always fiddling around with his loose change while a thousand customers wait behind him.’

I laughed. ‘Yes, that’s me. Well, you know what they say, pennies make pounds.’

He hadn’t heard that one before. Probably because he was riding a 5000 euro Pinarello road bike, a bike that would take me a thousand years to buy with the one centime coins I find outside the bar in the village where I live.

I’ve got a pretty good memory for faces and situations – HD quality in fact – but on this occasion I could be forgiven for making a mistake.

At the Monday market everybody wears checked shirts, jeans, boots, hunting caps. On the Sunday morning bike ride everybody wears lycra, streamlined fibreglass helmets, shades, plus lots of snot running down the sides of their faces. It’s the same people, just in costume.

Jean-Paul is no longer the beetroot guy dressed in thick trousers, a wooly jumper and a sturdy coat. He’s Jean-Paul the time trial specialist dressed in luminous skintight lycra and an insect shaped helmet.

He told me he thought the same. How was I to know that this gibbering imbecile of an englishman who picks coins out of his purse like they’re dead flies was the same guy riding beside me on a thirty year old gold bicycle dressed in a lycra jumpsuit?

‘Appearances can be deceptive,’ I told him. He agreed and we carried on.

The other curious thing about the Caussade Monday Market is that the other guy who sells beetroots looks exactly like my old guitar teacher from Nottingham, Gary Fraser Lewis. So much so that when I first saw him, I was tempted to ask him about that E minor 6th chord I’d always struggled with.

I kept my mouth shut and asked him what the small lightbulb shaped vegetable he had on sale next to the beetroots was.

I’d never heard of them.

‘I’ll take some,’ I said putting five in my basket. ‘And these?’  I asked holding up a black vegetable that looked like a piece of burnt wood.

‘Incroyable,’ I said. Incredible. But not the radish. The resemblance to my old teacher in Nottingham was quite astonishing. He started telling me that rutabaga was eaten in WW1 as it’s nutritious and filling,  and it got me thinking that perhaps there was a war connection between the two men. Same grandfathers? Great uncles? Not impossible, surely?

Anyway, that night I took his advice and sauteed the rutabaga and served them with local pork belly and homemade applesauce. As well as red cabbage from Jean Paul the vegman/Tour de France time trial specialist.

‘Wow!’ me and Elizabeth said simultaneously after we’d finished licking our plates for the third time. ‘That was pretty incredible.’ Incroyable, in fact.

And it was. Possibly one of the best meals I’ve ever eaten. A meal full of coincidence and uncanny lookalikes. A meal I’ll never forget. Just like I never forget a face (most of the time). 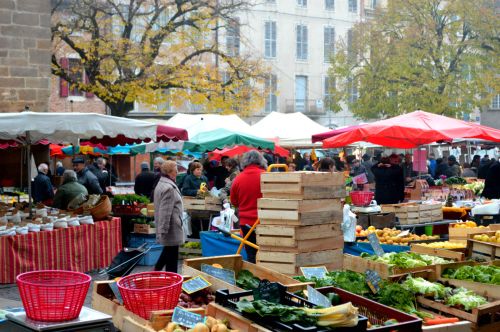