I work in a warehouse for a large supermarket. It’s 5:45am when I arrive. The lights are already on because they are always on. The dull polished concrete floor is the colour of margarine before colour is added. If you’ve never seen this: it’s grey. The sort of grey you find by a city river.

The warehouse is the size of ten football pitches with various office pods dotted around like moon bases. Inside there are no drinks, no cups, no photos, no music, no paper, no life. Everything is computerised and run from terminals. It’s like they said life would be in the future. In the sci-fi films I watched as a kid. Only worse. Those films were in colour, here everything is in black and white. Or white and white. 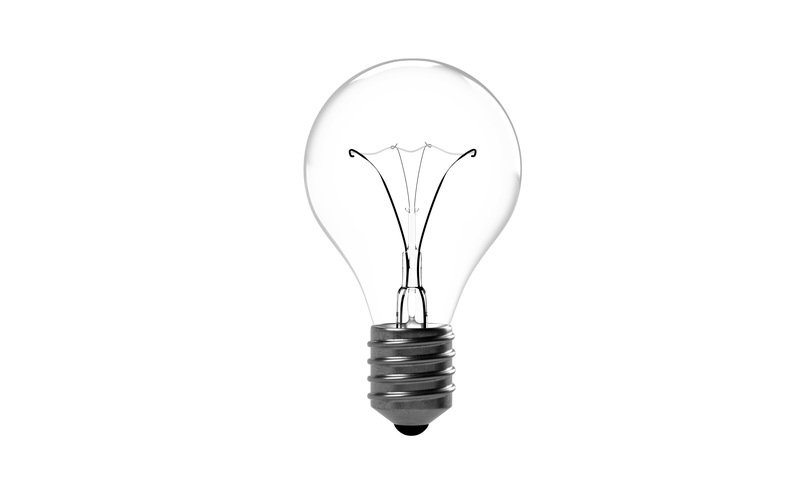 The only link with the real world is a scratched metal cupboard full of keys for the lockers outside. By outside I mean outside the office. Nothing here is outside. Once you’re in you’re in.

Most people have their own keys but for some reason I don’t so I have to get the master key each morning and be subjected to the magnesium grade lighting. I don’t know how anybody can work in here. It’s bad enough on the  warehouse floor with a billion rows of fluorescent strips shining down. Here it’s like working in the headlights of a car.

My locker is the size of a mouse trap so I put my uniform on at home. A thick woven polyester T-shirt that has the feel of sackcloth. Black work trousers four sizes too big for me. Plus a pair of steel capped trainers which are very comfortable. They have to be because once the signal goes at six o’clock we’re on the go for the next eight hours. 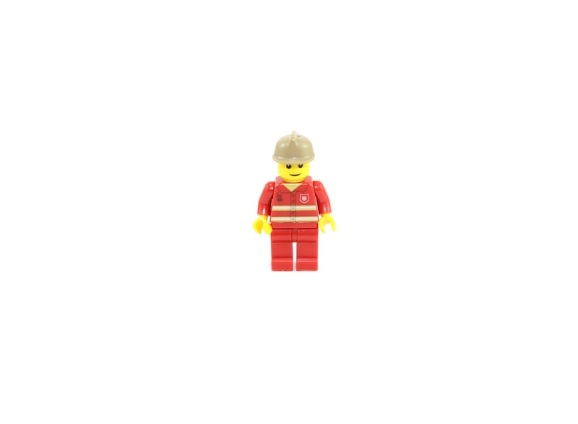 In my locker there is a headset, a permanent marker, work gloves and a box cutter – the ‘tools’ of the trade. Plus a battery pod/wireless receiver the size of a large avocado which I plug my headset into and then attach to my belt. I switch it on and a computer generated voice asks me ‘Do I want an order?’

A slot is the space underneath the huge five storey high shelving units where the individual products are located. The picking areas are the aisles in between the shelves where we work. I once asked one the drivers of the high-reach forklifts that replenish the stock if the shelves were safe.

‘Yes. Perfectly,’ he reassured me from inside his metal cage, his eyes shining out like kiln-holes from behind a balaclava to protect him from the dry cardboard chill of the warehouse. ‘Although it depends on the driver,’ he added while grabbing a 5 tonne pallet of sugar as effortlessly as a child takes cookies from a jar.

When I get to a slot I’m required to say a verification code printed in large letters above the product line. This is to ensure I’m at the correct slot and not about to pick up dog biscuits when I should be picking up nappies. I say the code and the voice says: ‘Take 2 (or 4, or 6, or 40…).’

I take the products and stack them neatly on the back of a Chep Euro pallet. The one below is from a catalogue photo. The ones we use are scarred with half hammered-in nails, burn marks and splinters the size of spears. Gloves are essential unless you want to go back home looking like you’ve been washing your hands in a meat grinder. 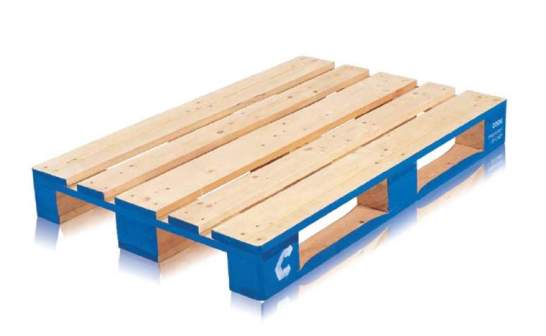 The pallet sits on a scissor lift order picker. 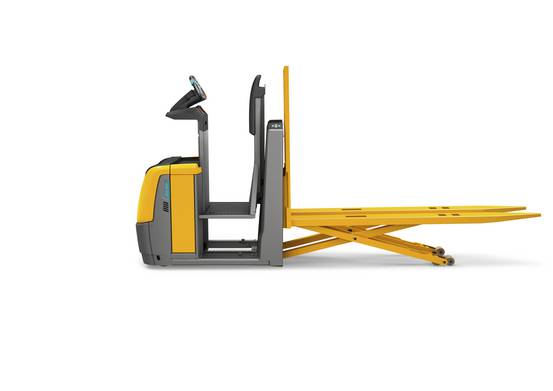 This too is from a catalogue photo. The ones we use are car crashes. Scraped, banged, bashed, dented, half rusted and coated in congealed chicken sauce, jam, fruit juice and cheap amaretto.

As you might notice the forks at the back are sharp and when fully raised are the perfect height to skewer the lower abdomen. I regularly have a horrible vision of watching my intestines spool out onto the cold warehouse floor after someone’s driven into me fork first. We’re told never to drive backwards for this very reason. But it’s difficult not to.

The skill to order picking (if there is one) is the ability to stack 100 or more cases on a pallet without it collapsing. There are many ways to do this but only one right way. Unfortunately I was never taught properly so I’ve developed my own style – the Ogley Stack. Which resembles the Acropolis in Athens: Exquisitely designed, beautiful to look at but prone to collapse. The slightest bump in the warehouse floor sends my twelve case high pallet of red wine crashing to the floor.

The resulting scene is one of a massacre. Something out of a mobster movie from the 1950s. And if the sun is shining in through one of the high windows, it can look quite poetic. Until the bosses charge over from their office pods to calculate how much I’ve cost the company this time. It’s therefore no coincidence I’ve ended up on the nappie and dog food aisle – The Unbreakables.

Apart from this the job is pretty simple. It’s also phenomenally boring, repetitive and very physical. But not physical in an active manner. As in climbing a mountain or building a wall. Physical in a repetitive manner. The heart never really gets going. It simply plods along a few beats behind the body. Not exactly exercise, more strained movement.

We’re able to have a breather and a chat of course; we’re not in prison. But not for too long. We have targets, called pickrates:

Take your pick. But whichever statistic I choose, it’s hard. And after twelve weeks I’m nowhere near it. Which is why towards 8.30 I start to get nervous. This is when one of our bosses (there’s about 6) tell us our first pickrates of the day (the other one is at 11:00). Something I really look forward to!

‘Morning, Phil,’ one will say clipboard in hand. The young bosses have big quiffs, short back and sides. The older ones slightly smaller quiffs. And like rings on a tree I can tell their age by the severity and angle of their ski-jump hairdos.

‘Morning,’ I say, my uncombed curly locks hanging out of my headset like rogue shoots escaping out of a hanging basket.

‘190 today,’ he says. There’s a pause. A  dramatic pause that doesn’t need to be there because this is a shitty warehouse. We’re not at the theatre. We’re not reciting Pinter. But I know what he’s doing. He’s waiting for me to apologise and promise to work harder.

Instead I say: ‘That’s good. Better than yesterday.’

This stumps him because he doesn’t have yesterday’s figures so he can’t verify whether I’m telling the truth or not. So he says good or OK and drifts off to the next picker who says the same thing. ‘Better than yesterday,’ I hear echoing round the place most mornings.

The only person who does have the figures is the section manager who comes once a week armed with a graph to discuss my progress. It’s a total waste of time because I don’t make any progress. The graph is flat. A solid single undulating line running Eastwards across the page.

I note the personal pronoun ‘We’ as though he’s going to jump up and lend a hand. In the event of this ever happening I will write a redaction and an immediate apology.

‘All the others manage.’

‘Yes, but they’re all wired on energy drinks,’ I reply.

It’s meant as a joke, but I’m half serious because it’s true. Plus most people here are twenty years younger than me. I want to tell him this but he might advise me to find another job and at moment, if I can keep my head down, this is fine.

‘I better get on,’ I say. ‘Otherwise my pickrate is going to plummet.’

There’s nothing much he can say to this and he leaves me, screwing up his colour graph and tossing it in the bin like a teenager who’s been given a crap mark for a presentation he spent hours preparing.

I think regularly of how many people are employed in the retail-industrial complex nationwide. This bank of human bone and muscle moving boxes from one place to another. Then placed on lorries and driven to a store. Unloaded again by more muscle. Unstacked and put on shelves. The process repeated thousands and thousands of times a day. Imagine if the order pickers went on strike. Then what? Bare shelves within days most likely. Maybe even hours.

And those films I watched as a child. The ones set in the future where the work is done by machines and mankind is left to spend his time exploring space or simply doing nothing. Reading. Thinking. I believed in those films and how good it was going to be. And yet I find myself with 300 others at five o’clock on a Sunday morning (no double-time here) hauling dog food and nappies from one part of a giant warehouse to another. Where are the machines? The robots? Surely if they can build cars and go to the outer reaches of the Solar System, they can pick up a few boxes. 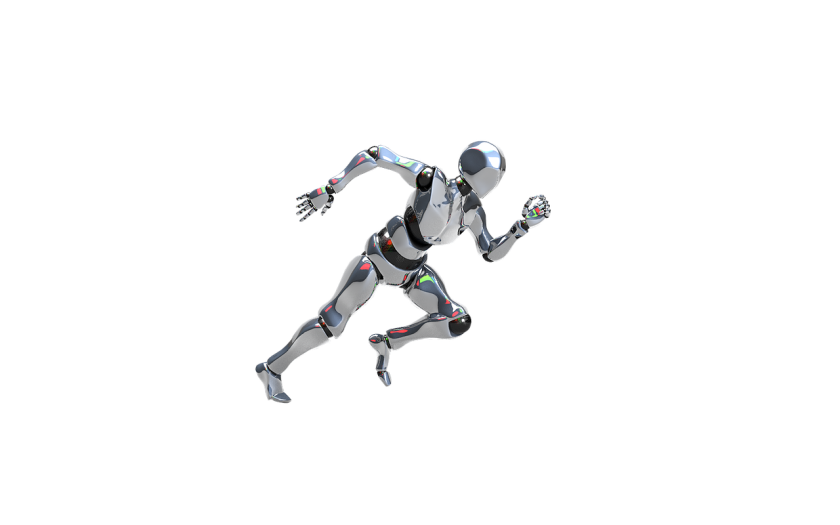 It’s my 86th job since leaving school. In that time I’ve done some pretty soul crushing menial jobs – data entry, building site labourer, plongeur, dust-binman, salesman, teacher –  to name a few. But nothing as unfulfilling as being an order picker. Maybe I’m not cut out for this work. Perhaps my body’s not connected together in the way others are. My bones and ligaments and tendons and muscles work perfectly when I’m walking. I can walk for miles and miles. Endlessly traipse round a city. Hike a hill. Walk a coastline. Or swim in the freezing cold sea in the middle of winter. No problem.

But if I’ve got to bend down and lift a heavy box in a repetitive sideways movement for hours on end, I’m pretty useless. I suppose that’s just the way it is and why tomorrow is my last day.