Occasionally I like to have a break from writing to take some snaps. I like photography because it’s the nearest thing I get to painting. I like painting. I just can’t do it.

I did a portrait of someone once and the person in question asked me to destroy it after and never spoke to me again. So I packed away my paintbrushes and took up writing. That way I couldn’t offend anybody quite as much.

Photography is a nice relaxing departure from writing (or painting). It’s like walking round with a gun. When you see something you shoot it and hope everything turns out alright. Mostly it doesn’t. Sometimes it does.

The snaps below are the ones that did and are all from a 0.5km radius of where I live. Incredible what you can see when you want to.

If this shop sold wine, it’d be the best shop in the world 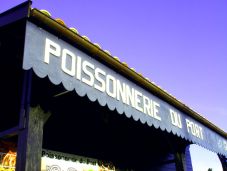 Never realised how close the French word for fish, poisson, is to poison. 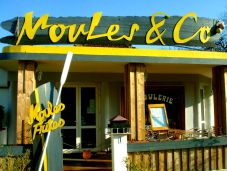 And you think you’ve got it hard. I’ve got to live with him.

Took me weeks to realise what this meant. Despite living in one of the biggest oyster producing areas on the planet… 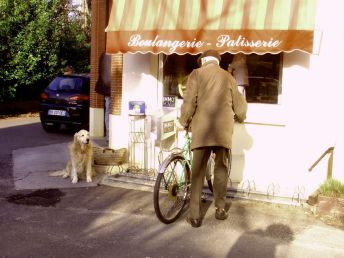 Just popped out for a loaf. How about you?

And you said the hotel was where?

François! I can’t get a picture. I thought you said you’d put the satellite dish up! 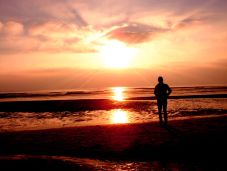 Is that an eye looking at me?

I live in France because they have the best public toilets in Europe.

Chez moi…(well, behind it. In the wooden hut that’s totally obscured by its grandness)

If I owned this, it wouldn’t be a yacht club. It’d be a bar.

Living here would be one long table tennis tournament.