It’s that time of year again. End of the winter, end of looking after the chateau. Time to move on.

First stop is Spain to which me and Elizabeth are cycling to in a few weeks time. Me on my ultra modern road bike, Elizabeth on her 1970 Peugeot Randonneur. The bicycle equivalent of the Ford Econoline van used by travellers and musicians in the 1960/70s. Lots of bells, chrome fittings, lights and racks. Perfect for a cycling trip in France and 1000 times more stylish – and comfortable – than my 21st century posing pouch. 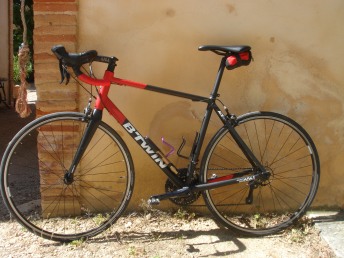 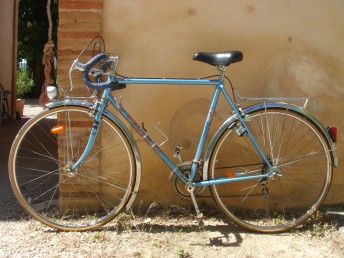 We are going to be following part of the Chemin de St. Jacques to sling shot us down to St Jean Pied de Port and then catapult us over the Pyrenees towards Pamplona. It’s actually something I’ve wanted to do since I was there a few summers ago on a camping holiday (Read Blogley post 139 if you can be arsed) 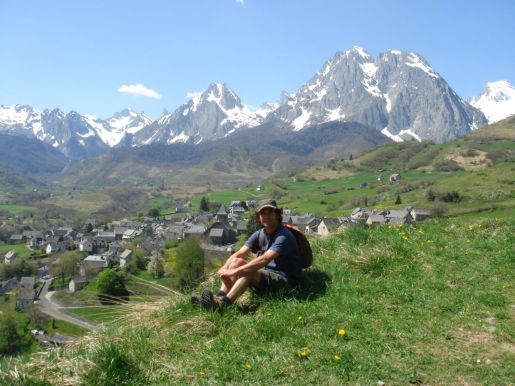 After that it’s back to Auty, then the long drive back to Double Brexit – sorry I mean the UK – to sort out a few bits and pieces. Like assassinate all the politicians and burn down the House of Commons. After I’ve done that it’s onward to Denmark via Essex (Also known as Stansted Airport).

Going to Copenhagen for three months feels almost exotic. Not in a Radox-blue tropical sea sense. Exotic in a Northern sense. Mysterious. Edgy. Cold. Vikings, longboats, herrings and plastic building bricks that get stuck in your foot.

I once saw a film when I was a kid in which a Viking chieftain is cremated on a longboat. The ship gently sailing out into the harbour fully ablaze until it caved in on itself and sank into the bay. A glorious send off. None of this black tie funeral parlour stuff full of straight faced vicars and washing line thin pallbearers receiving weak silent handshakes from relatives they’ve never met.

I remember the Viking funeral being spectacular, full of passion, death, honour and glory. Sending the warrior to a new life sitting at the high table next to Oden, a voyage over the waves, through the clouds and into eternity. Stark contrast to what happens to most of us: burnt in a cheap wooden box and then tossed into a rose bush or kept on the mantelpiece for the next 100 years like a ornament.

I said to my father after I’d watched the film that I wanted to be buried like a Viking. To which he replied while reading yet another dismal writeup of Leeds Utd’s latest demolition, ‘You’ll get buried like anyone else. In the ground. Here in Leeds. You’re not a Viking, Philip.’

‘Oh. Aren’t I?’ I replied and wandered off to research other burial practices from around the world. Parsi was my favourite: the corpse left on a high tower to be baked in the hot sun and then ripped to pieces by vultures.

(**Memo to my father: If I die in Copenhagen, I have the right to have a full Viking funeral. Longboat, flames, honour and glory – The Works.)

One Christmas I remember a quiz question from one of my sister’s board games. It asked, ‘Name three Danish brands?’

Most people would probably say what I said, ‘Lego and Carlsberg.’

I tried Danish pastries but that didn’t work. I could have said Bang & Olufsen (TVs), Netto (supermarket), Prince (fags), or Arla (cheese). Good to know now though.

I only other thing I know about Denmark is that it’s flat, which might be a welcome break after the ascent of the Pyrenees in a few weeks time. It’s also – or so I’m told – stylish. Which is where I may or may not fit in.

Style for me is drinking good coffee, not pretending it’s good just because it’s been squirted out of a ludicrously expensive Nespresso machine like a dribble of warm tar. Feeling good on the inside as opposed to obsessing about what I look like on the outside. It’s why I’ve been in the middle of rural France on and off for the past four years. I can dress in a hemp sack and there’s no one here to say, ‘What are you wearing a hemp sack for? You hippie!’

In Copenhagen I’ll probably have to say something like, ‘It’s not hemp, it’s brushed Japanese cotton. Seriously, you think I’d be wearing hemp. That was so last season!’

In a few weeks we’ll leave Chateau Dumas for good. It’s been a very pleasant year (2 x winters) and I’ve done lots of things. What, I’m not sure, but now it’s time to move on to Danish ‘Arla’ pastures new.

I’ll leave you with the last ever short video made here, featuring me trying to head a red football into the cold outdoor swimming pool accompanied by Beethoven. Au revoir and Bye!

More silly stories about my time in France can be found in A Man in France: Available in Books