I’m the winter caretaker of this 17th century Chateau in South Western France. If you’ve seen or read The Shining this is as close as it gets. In summer the chateau is used as a hotel, in winter it’s closed. Cue me and Elizabeth who are here to make sure it doesn’t fall down, bills are paid, intruders shot. For five months of the year, I’m Jack Nicholson.

It’s good for a number of reasons. One, it’s free. Second, it’s pretty. Three, it’s big. Four, it’s quiet. Five, it’s in the middle of nowhere. Six, there’s shit loads of wood. The entire estate being surrounded by an endless supply of pear, larch, cedar, ash, oak, hazel and lime. A lot of which ends up on the woodpile below. 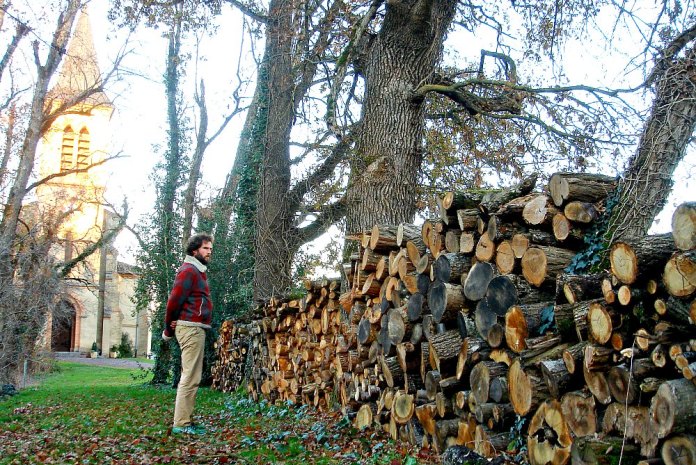 This is actually the New Woodpile and is located on the northern edge of the estate near the village church, whose bells chime at seven o’clock twice a day. Once in the morning, this doesn’t bother me as I’m asleep. And once in the evening, a useful signal to crack a beer and start cooking (if I ever needed one…).

For the record The New Woodpile superseded The Old Woodpile (below) as it simply wasn’t big enough.

As you can see it was also Christmas then. Although I can assure you the logs were real and not superimposed onto the photo like the trees in the background were. (I don’t know where the reindeer, stockings or candy canes came from.)

Last year I split the wood with an axe. As shown in the video below.

This year I’ve upgraded to an electric log splitter. It’s about as romantic as eating your evening meal in McDonalds, but I’m giving it a go due to back problems and the fact that I’ve got an incredible amount of logs to split.

Another guilty admission is that last year I transported the logs from one part of the estate to another in an old wheelbarrow. 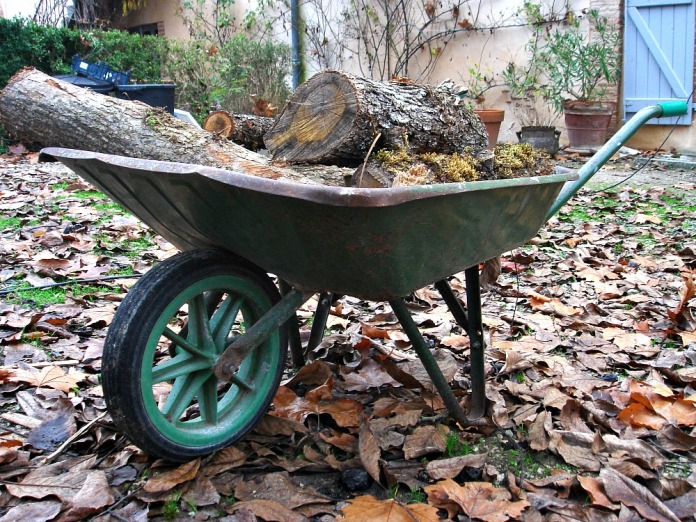 This year I use this 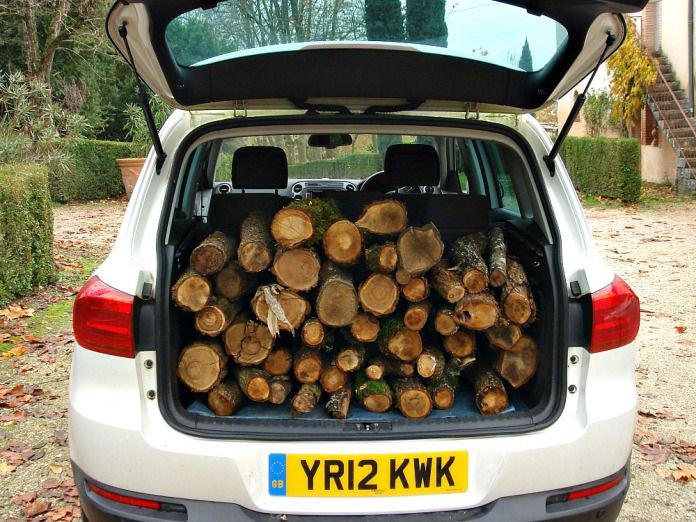 It’s terrible I know. However, I can transport five times as much wood, which gives me more energy to carry it upstairs to the apartment where we live and add it to the Indoor Woodpile ready to burn. After that I sit in front of the fire with a glass of port and a whopping great plate of cheese.

*Smile not included  ** Not all items may be real